› Criminal Defense › What Is Considered Racial Profiling By The Police? 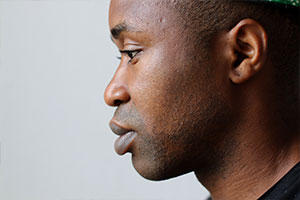 The police are constantly absorbing a wide variety of information in order to do their jobs, including how people are behaving, recent events in their community and more. However, one of the aspects that many police officers also consider is a person’s race or ethnicity.

By specifically noting a person’s skin color, facial features and other characteristics that may indicate their race, police often make a decision about their involvement or lack thereof in activities. In order to remain safe in the face of a police encounter, it is important to understand how racial profiling plays into the way that some officers do their jobs.

What Is Racial Profiling?

Racial profiling, also sometimes referred to as bias-based policing, is the process of considering an individual’s apparent race as its own indicator of whether that person is likely to have engaged or be engaged in an activity. This encompasses such common terms as “driving while black,” which describes the experience of black individuals being pulled over more often solely due to the color of their skin.

The assumption is that black individuals are more likely to commit a crime, and so they are more heavily targeted. In addition, profiling is not exclusive to making an arrest or pulling someone over; discriminatory omissions in which an officer does not intervene to assist a person of color or fails to respond to a 911 call from a minority individual also qualify.

The Origin Of Profiling

The active belief that certain ethnicities or communities are more prone to crime first arose in the early to mid-1990s, when Operation Pipeline was strongly in effect. This operation was a traffic program intended to locate and arrest more people who were in possession of drugs.

Officers and experts claimed that the data from these traffic stops indicated that black people were disproportionately found to be guilty of possessing drugs or otherwise committing a crime, since black drivers made up the largest portion of “guilty” individuals pulled over during the movement.

However, the actual facts of the matter have been skewed; with black people being only 13.5 percent of drivers yet being upwards of 35 percent of all drivers pulled over, the reason that black individuals appeared to be predominantly linked to crime is simply because they were most commonly investigated. 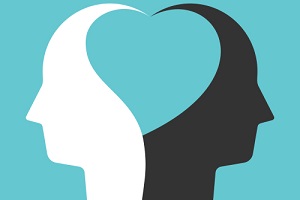 Judges in 1996 determined that racial profiling during this project had occurred, but the damage was done; many police departments believed there was a statistical link indicating that certain ethnicities of people committed more crimes.

Racial profiling is common among black individuals, but they are not the only populations who suffer. The terrorist attacks on September 11, 2001, have drawn Muslim, Arab and South Asian people into greater racial focus, and officers may have their own individual biases as well.

The Evolution Of Profiling By Proxy

Many police departments operate, at least on some level, under racial profiling. However, this issue has been exacerbated in recent years by the evolution of cell phone technology, creating what is known as profiling by proxy. This occurs, for example, when a predominantly white neighborhood notes an African American individual walking down the street.

Feeling uncomfortable that this person “does not belong,” they may contact the police. Since the primary reason for the contact is the individual’s race, officers are predisposed to racially profile as they arrive on the scene, and an arrest or physical altercation is more likely.

Contrary to what many may believe, racial profiling does not violate the Fourth Amendment’s protection against unreasonable searches and seizures. However, an officer’s behavior can still keep them accountable; if physical violence breaks out without probable cause or a profiled individual is the victim of excessive force, they may still have a case for a lawsuit.

Drawing these fine connections between racial profiling and police misbehavior can be difficult, which is why many people choose to rely on the skill of a professional legal advisor or attorney who can craft their case for them.

Work With An Attorney To Seek Justice In Cases Of Profiling 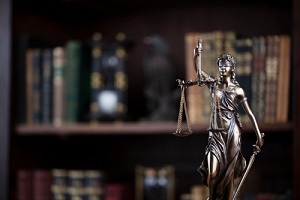 Racial profiling is an unfortunate but common aspect of policing in many areas. While some departments make active efforts to overcome profiling by regularly evaluating the data from their officers and undergoing training, many more are not so ardent.

If you suspect that you have been a victim of the police due to racial profiling, you may have a case. The civil rights attorneys at The Brown Firm would be happy to help you explore your options. Reach out to schedule a consultation today.