› Civil Rights › What Is The Statute Of Limitation For False Arrest? 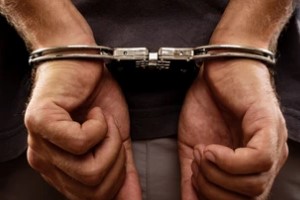 A false arrest, also known as false imprisonment, is defined as any type of detainment by law enforcement or a private individual that is deemed to be without just cause. More specifically, false imprisonment is the unlawful restraint of physical liberty by one person against another.

The majority of false arrest cases pertain to law enforcement, though private citizens can be charged with the false imprisonment of a person as well.

False imprisonment can occur in a number of ways. An officer may arrest an individual who is merely filming or taking a picture of an officer without directly interfering in any of the officer’s duties.

Another example is when an officer arrests someone who has just exited a store and accuses them of shoplifting, without any evidence showing otherwise. These are just a few of the multitude of possibilities that could result in a false arrest.

While offending officers should be held accountable for their crimes, it can be challenging for people to pursue action. Victims of false arrest might be tardy in pursuing justice for a number of reasons, from uncertainty over false arrest laws to fear of retribution.

If you have been a victim of false imprisonment and have hesitated to come forward, you need to know about the statute of limitations for false arrests.

The Statute Of Limitations For False Arrests

The statute of limitations is the period of time that allows for a specific crime allegation to be legally pursued. Statutes of limitations vary and will depend on the crime itself as well as the state. 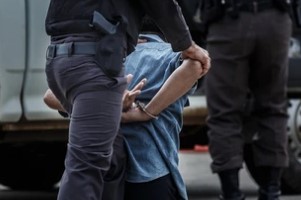 In Virginia, the victim is required to file a lawsuit within two years against the offending entity (the police department in cases where the abusive official is a police officer).

If a civil lawsuit is not filed within this time frame, an individual will, unfortunately, forfeit their ability to pursue any suit pertaining to that particular incident.

Because of the limited scope of the statute of limitations for false arrests, it is vital for victims of false arrests to pursue acting as quickly as possible.

If you have hesitated in coming forward, not only should you pursue action as quickly as possible, but you should also seek help from an attorney who will make sure that your case is heard.

Why Hire An Attorney For A False Arrest?

Unfortunately, while the definition of false arrests seems straightforward, the law allows for a loose interpretation that can favor the arresting official and prevent the victim from receiving the justice they deserve.

This is especially true in cases where the defendant first initiates their claim close to the expiration of the statute of limitations.

An attorney will examine your case and help you create an effective argument against the arresting officer. An attorney is also a person to whom you can speak freely about your case, without the fear of accidentally incriminating yourself.

Additionally, a civil rights attorney can help you file an effective lawsuit against the institution that enabled your false arrest in a timely and organized manner.

The process of lawsuits can be overwhelming and confusing, but an attorney can not only work through the difficult aspects of the case but help you best present your argument. 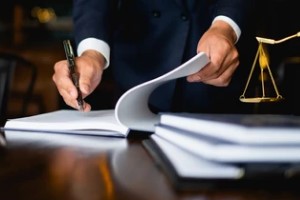 While the idea of an attorney seems expensive, you may see unexpected financial consequences that a legal representative could help you recover.

If you were falsely imprisoned and missed work or were even fired from your job, you can pursue compensation during the case.

Similarly, an attorney may be able to secure a settlement for you as a result of damages due to medical bills and injury that resulted from the arrest.

Reach Out To A Skilled Civil Rights Attorney

While hiring any attorney is better than fighting alone, it is important to work with a civil rights attorney familiar with false arrests. The experienced attorneys at The Brown Firm have litigated numerous cases with police departments.

While no two cases are alike, a legal professional will have the knowledge and practice through prior cases to inform how they manage your case.

The statute of limitations is only two years for cases of false arrest, and the evidence becomes less clear the more time has passed since the incident.

If you believe that you have been a victim of false arrest, be sure to reach out as soon as possible after the event to secure legal representation.