› Civil Rights › What To Do If Unlawfully Detained By A Citizen

When people think of being unlawfully detained or falsely arrested, they almost always envision an encounter with a police officer. However, it is also possible to be unlawfully detained by another member of the general public if you are involved in a citizen’s arrest. If you believe that your rights have been violated during a citizen’s arrest, you do have legal recourse just like you might with a member of law enforcement. Here is what you need to know.

How Does a Citizen’s Arrest Work? 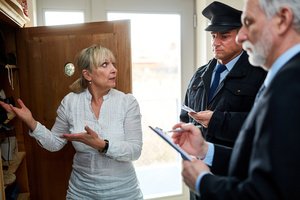 A citizen’s arrest typically occurs when a member of the public is caught attempting to or is in the process of committing a crime. People who do not usually have the authority to arrest someone can temporarily detain a person until law enforcement arrives. The individual captured is then handed over to the police.

In order for the individual to be detained and later arrested, there must be reasonable and sufficient evidence to support the belief that the citizen has direct involvement in the perpetration of a crime. In other words, a citizen’s arrest only works if there is enough evidence to support the claim that an individual has committed or is committing a crime and thus requires legal intervention. On this basis, it may become clear how some citizen’s arrests can be unlawful.

What Makes an Arrest Unlawful

In most states, a citizen’s arrest is only permitted if the person being detained has committed or is committing a felony, not any of a variety of misdemeanor crimes. In general, felonies are more serious than misdemeanors and often include jail time. Though the person conducting the citizen’s arrest is not required to read aloud the Miranda rights to the suspect in the same way that a police officer would, it is still imperative that authorities are contacted immediately. Failure to do any of these steps properly-such as detaining someone on the basis of misdemeanor crimes or failing to inform the police-may constitute a false arrest. 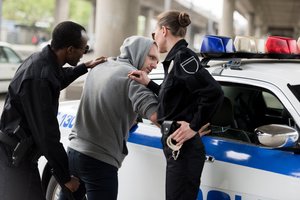 Moreover, if the citizen being arrested was unlawfully detained using handcuffs, zip ties or any other tool, the case becomes more stringent. If the accused is later found to be innocent of any crime by the court, the individual who detained them could be charged and even arrested for unlawful arrest or false imprisonment.

It is also an unlawful arrest if excessive force is enacted upon the individual being detained; injuries are not acceptable. Any form of injury and attack during an arrest may be unlawful.

Finally, the length of time of the arrest also has a role in determining whether or not the detainment was lawful. In most situations, you can only be detained for about an hour before the detainment begins to seem unreasonable-any more than an hour is typically not allowed. If you have been subjected to detainment in excess of a reasonable amount of time, you may have legal standing as a victim of unlawful detainment or arrest.

Can You Sue for Unlawful Citizen’s Arrest?

As a victim of an unlawful arrest, you have every right to sue and attempt to recover damages. The main focus of suing for false arrest is to achieve monetary compensation for things like lost earnings, injuries and more. For example, if you lost your job because you did not show up for work as a result of being unlawfully detained, you can attempt to make a recovery in court for this loss. If you find yourself in such a situation, be sure to: 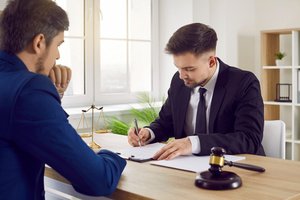 Trust a Legal Professional to Help You Defend Your Rights

If you believe that you have been a victim of an unlawful detainment during a citizen’s arrest, you have legal options. The professionals at The Brown Firm would be happy to help you understand what to do next and how to build your case. Reach out to schedule a consultation to get started.