› Virginia Criminal Defense › What Does Possession With Intent To Distribute Mean? 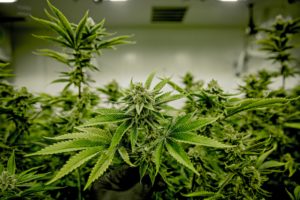 The state of Virginia takes all drug-related crimes seriously, but some types of drug charges are more severe than others. While possession of a controlled substance can garner a fine or time in jail, possession with intent to distribute is often even more harshly punished.

“Possession with intent to distribute” means that a person is found in possession of a dangerous controlled substance—and that it is believed they are intending to either sell or give the drug to someone. This type of drug crime is typically penalized more severely because the dissemination of dangerous substances involves potential harm to a greater number of people than simple possession.

In order to understand how a charge of possession with intent to distribute might be evaluated, it is important to know how dangerous controlled substances are classified. Law enforcement and the legal system use a drug schedule—or a ranking of substances’ abuse potential, possible physical and psychological harm, and legitimate medical uses—to determine which substances are the most dangerous (and by extension, which is more heavily punished).

Schedule 1 and schedule 2 drugs include LSD, ecstasy, cocaine, and heroin and are the highest-ranked schedule substances, so penalties for possession with intent to distribute these drugs will be some of the most aggressive. The drug schedule progresses downward from that point into lower schedule brackets, and the bottom ranks include lesser substances such as aerosol sprays.

In order to determine whether a person can be convicted of possession with intent to distribute and what the penalties should be, the circumstances surrounding the possession and the amount possessed will be analyzed. Someone who is carrying only a gram of cocaine is less likely to be severely punished than someone carrying an entire box of cocaine bricks; not only does the amount in possession influence the punishment by virtue of simply being less of a drug, but it also discourages charges of possession with intent to distribute, because it is less likely that someone with a very small drug portion intended to widely distribute it.

Packaging As An Indicator 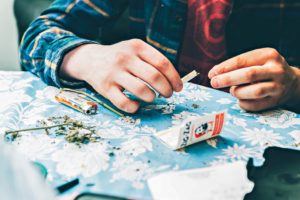 Any packaging will also indicate an intent to distribute. A large number of drugs broken into smaller units is a strong indicator that they are not intended for personal use, and qualified experts are often able to identify common packing strategies that mark drugs as ready to distribute. Finally, if a person is found to be in possession of large sums of money, this typically serves as evidence toward a charge of possession with intent to distribute. The presumption is that this is money made from the sale of the substance, and therefore, not for personal use.

Penalties For Possession With Intent To Distribute

The penalties levied for possession with intent to distribute vary based upon the schedule of the drug and other aggravating or mitigating factors. Schedule 1 and 2 drugs could garner a first offense penalty of between 5 and 40 years in prison as well as a fine of up to $500,000; for repeat offenders, life in prison is a possibility.

The Situation Impacts The Severity Of The Penalty 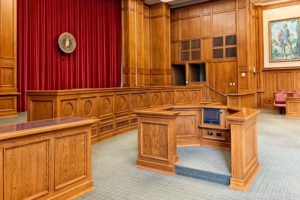 The situation surrounding the charge of possession with intent to distribute can either aggravate (make worse) or mitigate (reduce) the severity of any penalties related to the charge. Factors that might result in a more severe punishment include whether threats of violence (or actual violence) occurred with the offense, whether a firearm or other dangerous weapon was present, and whether the person had previously been charged with drug possession.

By contrast, factors that might reduce the severity of drug possession penalties include being cooperative with authorities and the court, as well as working alone (as opposed to being an organizer or ring leader of a distribution network). However, each case is unique.

Work With An Experienced Defense Attorney

Figuring out how to deal with a charge of drug possession with intent to distribute can be difficult because a variety of factors go into determining how the case is categorized and the defendant penalized. A skilled criminal defense attorney will be able to view the evidence as a whole and craft a case that mitigates the potential punishments as much as possible. The Brown Firm would be happy to review your situation; get in touch with us to ensure that your case sees the best possible outcome.