› Criminal Defense › When Is The Use Of Deadly Force By Police Justified? 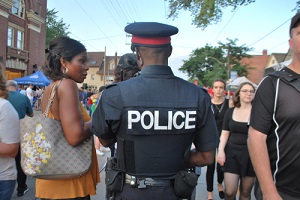 Police officers have a variety of tools at their disposal to bring whatever situation they are encountering to a resolution. However, some scenarios are much more dangerous or even deadly than others, which can result in police using more direct force than they might typically.

These dangerous events are still heavily informed by laws, though, and if a police officer utilizes deadly force in a situation that does not call for it, they could be found guilty of excessive force and other charges. The use of deadly force is sometimes justified, but understanding exactly when is critical to protecting the rights of the public and defending against an officer’s abuse of power.

Deadly force refers to any type of action that a reasonable person would logically expect to result in either an individual’s death or serious harm. When most people think of deadly force, they think of officers using their handguns; however, deadly force can come in other forms, such as suffocation, severe injury to the head and more.

Police cars can also be implicated in cases of deadly force; an officer may be liable if their police vehicle strikes an individual. Deadly force refers only to the direct action that causes the fatal or grievous injury; if an officer points a gun but does not discharge it, this cannot qualify as the use of deadly force.

Circumstances In Which Deadly Force Is Permitted

The circumstances in which deadly force is legal are narrow, but they are important. In general, if a suspect threatens a law enforcement officer with serious injury or death, that officer may use deadly force in their own self defense. However, it is important to note that the standards do depend on whether an officer has already succeeded in arresting an individual.

If a suspect is being pursued by an officer but has not yet been placed under arrest, then the officer needs to be able to demonstrate that the individual poses a direct and real threat to either the officer(s) on the scene or the public in general. If this is true, then an officer is permitted to use deadly force to prevent the suspect’s escape. Otherwise, deadly force may not be used solely for the purposes of effecting an arrest.

When Deadly Force Is Illegal

When an officer decides what his next tactic will be, he is bound by the rules of his occupation to start with the mildest forms of conflict first and only escalate if necessary. This means that officers should begin by using their words before any physical contact is deemed appropriate. If an officer utilizes deadly force without first attempting to de-escalate or resolve the situation using a less harmful approach, that officer may be guilty of excessive force or police brutality.

Even if deadly force is justified in a situation, it may still qualify as excessive if the force used was unnecessary in its degree. For example, if a person with a knife threatens an officer and is shot, that situation may justify deadly force; if that individual is shot thirty times, this may be deemed excessive, regardless of the justification for deadly force.

What To Do If Deadly Force Has Been Used Inappropriately 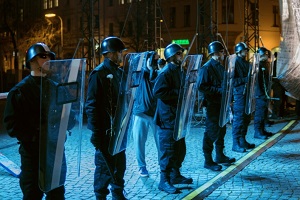 If you have witnessed a situation in which deadly force has been used illegally, or if someone you know or love has been a victim of deadly force by police, it is possible to bring a lawsuit against the officer or department to seek not only justice but potential compensation.

Even if the case details reveal that the use of deadly force was justified, you may still be able to bring a case for excessive force or police brutality. Doing so not only provides the opportunity to secure financial compensation but also to effect change that keeps the public safe.

If you are considering filing a lawsuit against a police officer or department for excessive force, police brutality or the use of deadly force when it was not justified, the attorneys at The Brown Firm would be happy to help. Bringing a case against officers who benefit from qualified immunity can be a particular challenge, but the years of experience our attorneys have earned can help you to navigate this path.

Reach out to schedule a consultation to share the details of the incident, as well as any evidence and other pertinent details. We will help you to understand whether you have a case and how to proceed going forward.