The many rights and freedoms granted to people in the United States are derived from a number of sources, the Constitution among them. As an addendum to the original Constitution, the citizens of this country added the Bill of Rights to enumerate rights and individual civil liberties granted to individuals that were not clarified or included in the Constitution itself. However, even though these individual rights are granted to everyone, they are sometimes violated-sometimes unintentionally, but often intentionally, too. Here is what you need to know about how the Bill of Rights protects individual liberties and what to do if you believe that your rights have been violated.

What Is the Difference Between a Civil Right and a Civil Liberty? 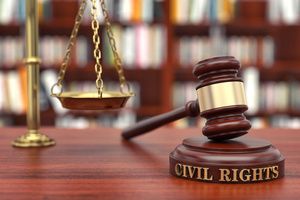 While many people use the term “civil right” interchangeably with “civil liberty.”the two are in fact slightly different. A civil right specifically refers to rights protecting someone from unequal treatment based upon protected characteristics. For example, race or ethnicity. In contrast, a civil liberty is a freedom that is guaranteed, either through years of court precedent or through direct clarification in the Constitution or Bill of Rights.

Free speech means that the government cannot regulate what people are free to say. It does not mean that private companies cannot censor or ban individuals; the civil liberty surrounding free speech specifically addresses the government exclusively.

Similarly, freedom of the press prevents the government from regulating people’s ability to disseminate information. Freedom of religion grants the liberty for a person to practice a religion of their choice rather than be compelled to follow a state-demanded religion. 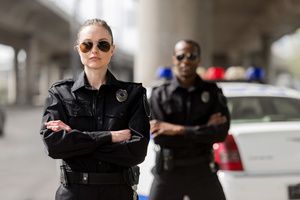 While all of the Bill of Rights is important, the Fourth Amendment is one of the most frequent culprits when it comes to bringing legal cases against some subsets of society, like the police. The Fourth Amendment protects individuals from unreasonable searches and seizures.

Most commonly, this concept comes into effect when the police attempt to search without a warrant, and especially if they try to detain someone without probable cause. It is entirely possible that the entity being unreasonably seized is a person-which is where the basis for charges like false arrest and unlawful detainment come from.

The Fifth and Sixth Amendments

Both the Fifth and Sixth Amendments grant additional liberties that guide how people may be treated within the confines of the legal system. The Fifth Amendment safeguards citizens from being tried twice for the same crime (popularly understood as “double jeopardy”). It also provides the right to due process, as well as protection from self-incrimination.

The Sixth Amendment further expands on these issues, granting the right for people to have their case taken to trial in a reasonable amount of time, and for the jury presiding over all cases to be impartial.

The Seventh and Eighth Amendments

Like their predecessors, the Seventh and Eighth Amendments also expand upon treatment within the penal system. The right to be tried before a jury is extended even to federal cases thanks to the Seventh Amendment, and the Eighth deals with punishment for crimes. In it, liberties are granted that protect people from excessive bail that is unfair for the scope of their situation. It also ensures that people are not subjected to cruel and unusual punishment. 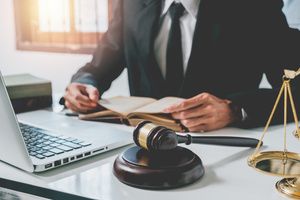 The Ninth Amendment does not add any new rights-which can make people think that its inclusion was a mistake. However, it does achieve something important. Thanks to the Ninth Amendment, people can rest assured that even if a specific right is not explicitly spelled out within the Constitution, Bill of Rights or other amendments, people do still have that right.

Trust a Legal Professional to Help You Defend Your Civil Liberties

Because the Bill of Rights grants so many liberties, it is entirely possible that someone may violate yours either accidentally or on purpose. If you believe that your rights have been violated, it is important to speak to a legal representative as soon as possible. The attorneys at The Brown Firm would be happy to help you seek potential compensation and achieve the justice that you deserve. Reach out to learn more or to schedule a consultation to get started.