› Police Excessive Force › What States Can You Resist An Unlawful Arrest?

The process of being arrested can be stressful, especially when you are being arrested without proper cause. If you have been put in this situation, your first instinct may be to resist. However, it is important to know that states differ in their laws regarding whether you may resist an unlawful arrest.

It is generally not recommended to resist an arrest in case you accrue further charges during the process; even if your original cause of arrest is later thrown out, other charges, such as assaulting an officer, can still get you in trouble. Still, it is your right to resist an unlawful arrest in certain states. Here is some information to get you started based upon where you live. 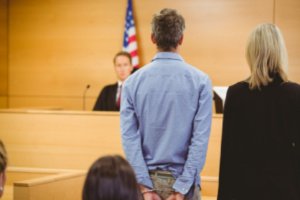 To determine whether your arrest is lawful, simply ask the officer why you are being arrested. If they do not give you a legally valid reason for why they are arresting you, or read you a specific charge against you, you may have legal grounds to resist this arrest.

Reasonable force is allowed in the case of an unlawful arrest or any arrest being done with unreasonable force. However, under no circumstance are you permitted to use any more force than what is being used against you.

North Carolina’s laws about resisting arrest are very broad. As a result, resisting a false arrest is almost always considered illegal. Even in conventionally clear-cut cases, you will still have to prove in court that you were in the right to resist arrest.

Resisting arrest in North Carolina is tricky to navigate because of the extremely small margin of error their laws provide, as well as their complicated sentencing process. You could be convicted of resisting arrest for not only actively opposing your detainment, but also any other interference you may make as an officer tries to carry out the law.

It also applies to any and every situation in which a police officer is doing their job, not just an arrest situation. Furthermore, there are no specific examples of what constitutes this kind of resistance-it could be anything from verbal arguing to a full-on fight. For these reasons, it is recommended that you avoid any type of resistance with police officers. You may pursue legal action for inappropriate behavior after the situation has concluded.

In South Carolina, you are allowed to resist an unlawful arrest. However, as in many other states, it is almost never a good idea. You may be injured, injure someone else or get into a fight with a police officer that leads to your being charged with a worse crime than before. You may not use more force when resisting than the person arresting you uses on you.

Furthermore, it can be particularly challenging to convince a court that your arrest was unlawful. Sometimes you can still be convicted of resisting arrest even if the arrest was not lawful.

New York is another state where resisting arrest, even an unlawful one, is illegal, and the rules regarding the situation are very strict.

Even if you have not committed the crime for which you are being arrested, legal professionals recommend that you do not fight the arrest. Resisting arrest is its own offense in New York, and regardless of the circumstances, you are likely guilty and may have to go to court over it. 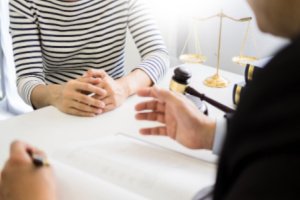 Furthermore, resisting arrest in New York does not apply only to your own arrest. If you attempt to deter police from arresting someone else, then you may be charged with resisting arrest. In short, do not interfere when a police officer is trying to make an arrest because you may have to deal with the consequences of that crime.

Trust the Professionals to Help You Seek Justice for Unlawful Arrest

If you have been unlawfully arrested or know someone who was, you may feel powerless to do anything. However, the legal professionals at The Brown Firm would be happy to help you defend your rights-even if you attempted to resist the arrest and are facing other charges as a result.

Reach out to schedule a consultation to discuss your situation and establish a strategy to seek the compensation that you deserve or to ask questions about your rights to resist an unlawful arrest.