› Police Excessive Force › Can You Legally Resist An Unlawful Arrest?

Being arrested is a tense and stressful situation. This is even more true when the arrested person knows they’re innocent. If you know you’re innocent, it can be tempting to struggle or protest against your arrest. However, resisting an arrest comes with risks. Depending on the state where the incident occurred, or the state where you live, resisting an arrest could lead to consequences beyond the original charge. Here is what you need to know about resisting an unlawful arrest in Virginia.

What Constitutes An Unlawful Arrest? 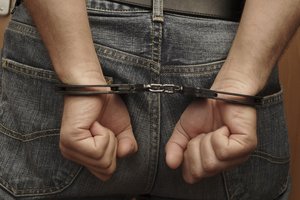 An unlawful arrest sometimes referred to as a false arrest, is an incident in which a law enforcement officer arrests an individual without fulfilling all of the necessary prerequisites. Officers are required to do their due diligence before an arrest takes place. In other words, this means developing a case of probable cause, verifying or seeking a warrant, and confirming that they are arresting the correct person – among other responsibilities. If the officer fails to perform any of these relevant tasks, the arrested person may be the subject of a false arrest. That is to say, their rights against unreasonable seizure have been violated.

Can You Legally Resist An Unlawful Arrest?

If you have just been arrested and you do not believe that the arresting officer was within their rights to do so, your first instinct may be to resist. State laws influence whether or not detainees of law enforcement are allowed to resist an unlawful arrest. In Virginia, you do have the right to resist-but your approach must be done with care.

The severity of the force used to resist an unlawful arrest, cannot exceed the severity of the force that the officer used to arrest you. Thus, if a law enforcement officer is verbally requesting that you comply with an arrest, you cannot use violence – such as punching an officer – in an attempt to resist. Doing so would constitute assault against an officer, even if the arrest is unlawful. The resistance must also take place during the actual arrest attempt. If you choose to resist later, after you have initially complied with the arrest, you may face legal consequences. 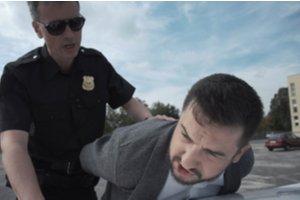 Despite the fact that resisting an unlawful arrest is technically allowed in certain states, it is not encouraged. Most legal professionals recommend that you comply with a false arrest, even if you know that it is unlawful. Correctly navigating the appropriate response, especially during the height of the stressful situation, can prove to be a challenge. Even if you are later found innocent of the original charge that the officer used as the basis for your arrest, your resistance against the arrest could still lead to being charged with assault and battery or obstruction of justice. In Virginia, assault and battery on an officer is considered a class 6 felony, and you could spend up to five years in prison. You may also be required to pay a fine of up to $2,500.

Alternative Options For Fighting Against A False Arrest

Legal professionals recommend that you avoid resisting an arrest-even one you know to be unlawful-to avoid incurring additional charges. Instead, it is best to later seek assistance from an attorney who specializes in civil rights and false arrests. Don’t speak to law enforcement about your case until you can see an attorney first. They can help you determine if your case qualifies as an incident of unlawful arrest. Not only could you later recover compensatory damages for your pain and suffering or bodily injury resulting from the unlawful arrest, you may also be entitled to additional punitive damages that punish the officer for their unlawful behavior. 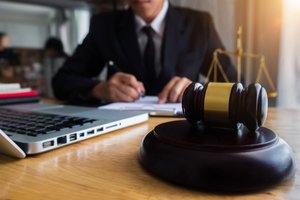 If you were unable to work or lost your job as a result of the arrest, compensatory damages can help you recover the wages. Similarly, if the unlawful arrest resulted in injuries, the court may compensate you for any medical bills and treatment. After an unlawful arrest, you have time to work with an attorney and build a compelling case in your defense. This method is far more likely to be effective than it would be to resist the arrest.

However, in many states including Virginia, you still have the option to take appropriate action during an unlawful arrest. Moreover, rather than take the risk of resisting arrest, take note of every detail of the situation so that you-re better equipped to fight your case in court. Listen to and remember everything that the officer says, and document their badge number, name and any other identifying information you’re able to recall. Any evidence that you, or a witness, video record could also assist your legal case. As soon as possible, provide the information you gathered to your attorney.

Trust The Professionals To Help You Navigate Your Legal Options

If you’re unsure if you’re a victim of a false arrest, or you resisted an arrest but don’t know what to do next, trust the professionals. The attorneys at The Brown Firm would be happy to help you understand your options and determine if your case qualifies for compensation due to a violation of your individual rights. Reach out to schedule a consultation to get started.