› Civil Rights › Can I Sue The Police For Emotional Distress? 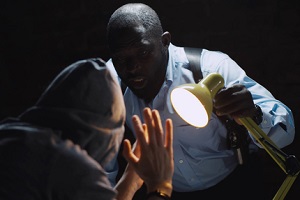 When an individual has a bad experience with a police officer, even if they have not been injured physically during the process, they may wonder whether they have any recourse to seek compensation or justice against the officer for their behavior.

There is an understanding that police officers work with the wellbeing of the public in mind, and when an officer oversteps this duty, those affected may seek to sue on the grounds of emotional disturbance. However, while these cases are possible to win, they can be complex and require a skilled legal professional for the best chance of success.

What Are Signs Of Emotional Distress?

Typically, this is most easily done by demonstrating that a reasonable person who was put in the same situation as the plaintiff would also be unable to endure the emotional strain, and that this reaction would not be considered unusual given the circumstances. If emotional trauma is short-lived or generally manageable, it is unlikely to be considered emotional distress.

Scenarios In Which Police Can Be Sued For Emotional Distress

The police can be sued for emotional distress; this much is true. However, in order for the case to succeed, you or your legal representative must demonstrate clearly that the officer’s conduct was extreme, intentional, reckless or otherwise outrageous. Naturally, these qualifiers are subjective, and so having a lawyer craft your case and advocate for you in court is one of the most effective tools at your disposal.

In order for an officer’s conduct to be considered extreme or outrageous, it must be demonstrated to be beyond the bounds of tolerability. That is, simply being annoying, humiliating or offensive is not sufficient; instead, the officer must be proven to know that the individual is susceptible to emotional distress, demonstrate a pattern of extreme conduct or a single outrageous incident or take advantage of their position of power.

In general, if a court decides that a reasonable person in the same situation would also have become emotionally distressed at the officer’s conduct and that the harm is related to the officer’s behavior and not the individual, you may have a case for emotional distress.

Intentional Or Reckless Action By the Officer

Another criterion for evaluating distress caused by an officer is whether the action that generated the harm was either intentional or reckless. In the case of intentionality, if an officer directly attempted to cause emotional harm and their actions were not justifiable otherwise, you may have been a victim of emotional distress.

Similarly, if an officer recklessly offered no consideration for the emotional toll that a behavior would have when other alternatives were present, they may be liable for emotional distress suits.

The Role Of Physical Injury

In general, physical injury is not required to demonstrate that emotional distress has occurred. However, some states do require that the plaintiff show proof of physical harm, either as a direct result of the officer’s conduct (such as a broken bone from being shoved against a car) or arising from the emotional distress itself (such as severe weight loss due to resulting mental health issues). 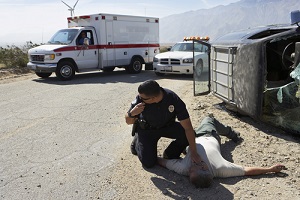 Even if you are not required to demonstrate physical injury in order to bring a case against an officer for emotional distress, cases that feature proof in the form of physical harm are typically more likely to succeed.

Some of the most common effective forms of physical harm as a result of emotional distress include a miscarriage, stomach ulcers attributed to stress and chronic headaches or migraines.

Seeking psychological evaluation also helps; however, as with many aspects of an emotional distress case, this behavior must be consistent. Simply seeing a psychologist or psychiatrist once does not demonstrate a chronic and enduring emotional instability.

Work With An Experienced Lawyer To Fight For Emotional Distress Settlements

Whether or not you have been physically injured during an interaction with a police officer, if you are experiencing emotional distress as a result of an engagement with an officer, it is important that you reach out for legal advice as soon as possible after the incident.

The Brown Firm would be happy to help you evaluate whether you have a case for emotional distress, and if you have been physically injured, we can guide you in filing a suit for excessive force as well. Reach out to schedule an appointment so that you can seek the justice and monetary compensation that you deserve and begin to heal from the incident.